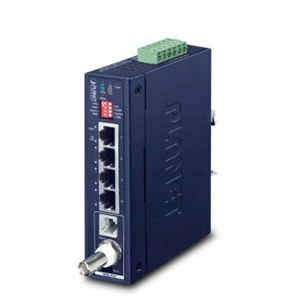 Power Over Ethernet: What is POE? Fully Explained and Revised for 2020 (Updated)

What is Power Over Ethernet (PoE) and what is it used for?

PoE technology relies on the IEEE 802.3af and 802.3at standards, which are set by the Institute of Electrical and Electronics Engineers and govern how networking equipment should operate in order to promote interoperability between devices.

What is Power over Ethernet?

A Power-over-Ethernet extender or PoE extender

takes PoE technology to the next level by breaking two important boundaries:

۱) A PoE Extender can extend the 100-meter distance limitation for standard Ethernet and up to 3,300 feet.

The advantages of PoE extension include time and cost savings and greater flexibility of endpoint positioning among others.

Simple solution to power problems: Power over Ethernet (PoE) allows electrical equipment to be installed even in areas without a power socket. The trick: Power is distributed via the local data network cables and now over greater distances.

Just two of the options provided by Power over Ethernet (PoE) is to connect the webcam of an alarm system or an IP telephone without an extra power source. The technology allows power to be supplied to devices via a network cable.

Distances over hundred metres can be used with Power over Ethernet. The INT 560962 extender/repeater allows extension by a further 100 metres. To do so, up to four repeaters can be combined, which then provide a power supply via a maximum of 500 metres.

Does your company have what it takes to go the distance?

The PoE Extenders deliver 100 Mbps, full duplex data rate. Compatible with both existing PoE and non-PoE switches, the Extenders fit easily into an existing infrastructure to extend PoE over the standard 100-meter range. Reaching up to 2,000 feet of uninterrupted data and power, hospitals, schools, and commercial buildings gain stronger connectivity to support IP devices throughout the building.

Providing power and data to up to 4 IP devices in one copper cable run, the Extenders are a cost-effective, easy-to-install solution for scenarios like entry way applications to power cameras, access card readers, and VoIP phones.

Give your network the connectivity, and the distance, it deserves.